Enrich your daily life with nuts….

Dried fruits retain most of the nutritional value of fresh fruits. The specific nutrient content of the different dried fruits reflect their fresh counterpart and the processing method. In general, Dried fruits are not only important sources of vitamins, minerals and fiber in the diet but also provide a wide array of bioactive components or phytochemicals. all dried fruits provide essential nutrients and an array of health protective bioactive ingredients, making them valuable tools to both increase diet quality and help reduce the risk of chronic disease. 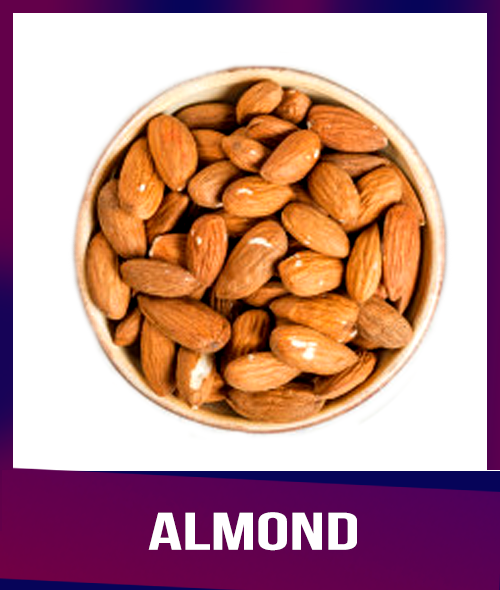 The cashew nut is a popular snack, and its rich flavor means that it is often eaten on its own, lightly salted or sugared. Cashew nuts are sold covered in chocolate, but due to their higher price compared to peanuts and almonds, cashews are not as common in candy except from higher quality manufacturers.

The cashew nut kernel is constituted of three different portions – the shell, the kernel and the adhering testa. The primary product of cashew nuts is the kernel, which is the edible portion of the nut and is consumed in three ways:

Directly by the consumer; As roasted and salted nuts; In confectionery and bakery products, for example, finely chopped kernels are used in the production of sweets, ice creams, cakes and chocolates, both at home and industrially, and as paste to spread on bread.

Cashew nuts are significant sources of iron (essential for red blood cell function and enzyme activity), magnesium (promotes energy release and bone growth), phosphorus (builds bones and teeth), zinc (essential to digestion and metabolism) and selenium (has important antioxidant properties, thus protecting the body from cancer). These nuts are also good sources of protein. In comparison to other tree nuts, cashew nuts have a lower fat content. They are also, like all other tree nuts, cholesterol free.

Cashew nuts also contain significant amounts of phytochemicals with antioxidant properties that protects the body from cancer and heart disease.

We are leading exporters of cashew nuts from India to countries like Brazil, Malaysia, Germany etc.

The almond is a tree nut native to the Mediterranean region. Historically, almond trees grew there wild and were later cultivated as early as 3000 BC. Almonds are even referenced in the first book of the Bible, Genesis, as a prized food given as gifts. The edible part of the almond is actually a seed from a drupe, a fruit in which the outer shell and hull layers are typically not eaten. After extracting the almond seed, the shells and hulls are often used for livestock feed and bedding.

They may be purchased whole, sliced, chopped, or slivered. Though they are most often found plain or salted, they are available in honey-roasted, BBQ, chili, chocolate-covered, and other flavors, many of which can drive up the calories, sodium, and sugar. Raw almonds are nutritionally comparable to dry-roasted. It is best to store almonds in a cool, dark, dry location. If kept at temperatures less than 40°F, almonds can be stored for about two years.